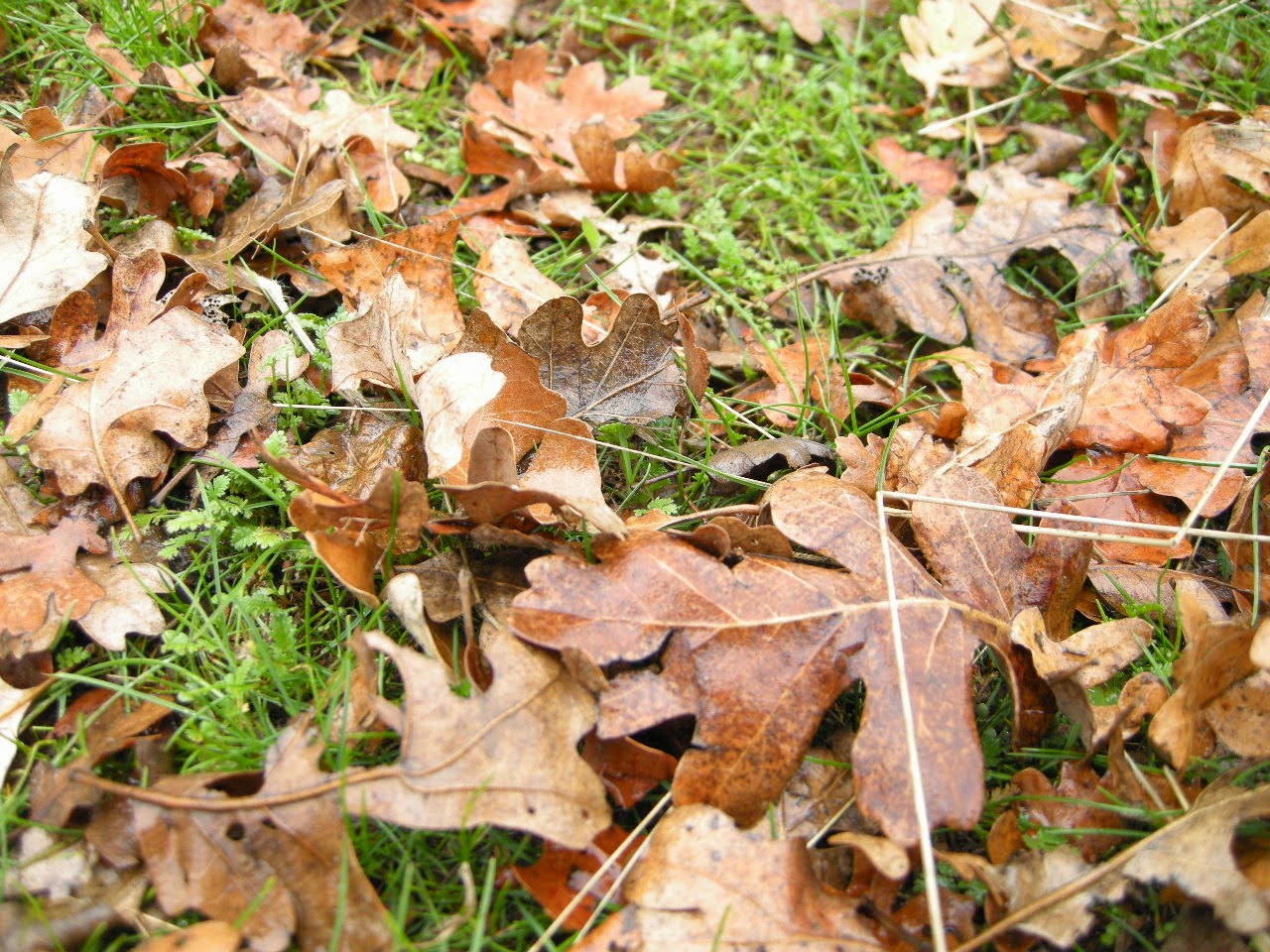 Last week, we decided to indulge in our, or should I say my, yearning for an autumn road trip.  Our destination was the Indian Grinding Rock State Historic Park, which is located in the Sierra Nevada foothills.  Called Chaw'se, the indigenous Miwok Indian word for "grinding rock," this small state park preserves the largest collection of bedrock mortars in North America, displaying over 1,000 mortar holes.  Grinding rocks were used by American Indians to grind acorn and seeds into meal for consumption.

The day we visited was cold and rainy--otherwise known as perfect autumn weather.  Golden leaves were plentiful underfoot; a sweet arboreal scent of wet bark, dying fallen leaves, and earthy dirt mixed with the lingering foothill air, which was made salubrious with a slow, steady rain.

Nestled among large, spindly oak trees are three-to-four small limestone outcroppings, with an additional outcropping (the largest one) in the middle of it all.  The huge mortar display spans beyond the walking distance between the three traditional structures shown above.  To give you a perspective, the structures, which were built around the 1960s when the historic site became a state park, could easily fit five people inside comfortably standing or sitting.  Interestingly enough, the inside of these traditional structures was completely waterproof beyond the entrance, but then we didn't visit during a torrential downpour. 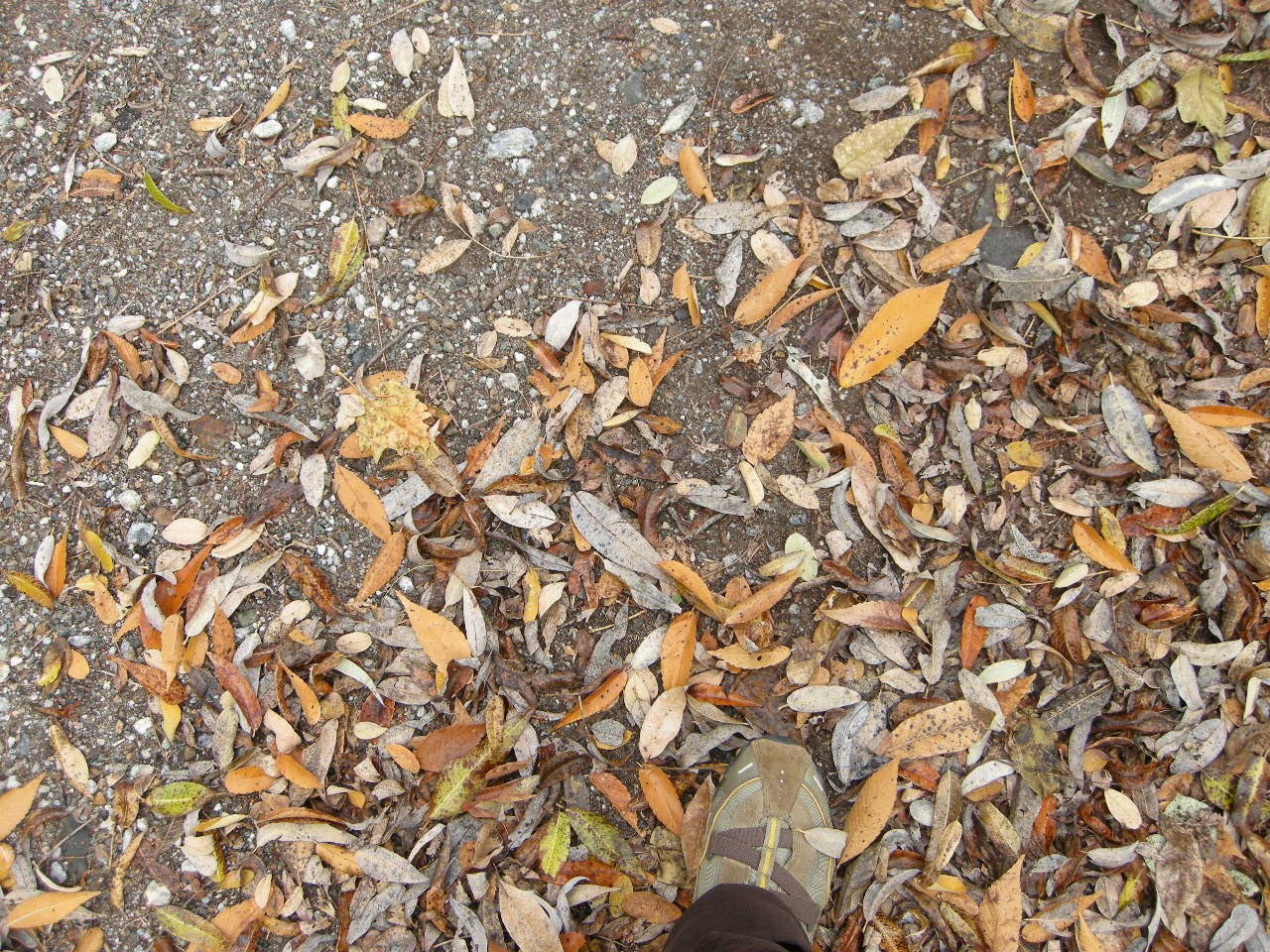 More quaint and humble than other California State Parks, the Indian Grinding Rock State Historic Park has only two hiking trails, both shorter than a mile long.  The main attraction here is, of course, the grinding rock itself.  A small American Indian museum is also on-site, but was unfortunately closed when we visited. 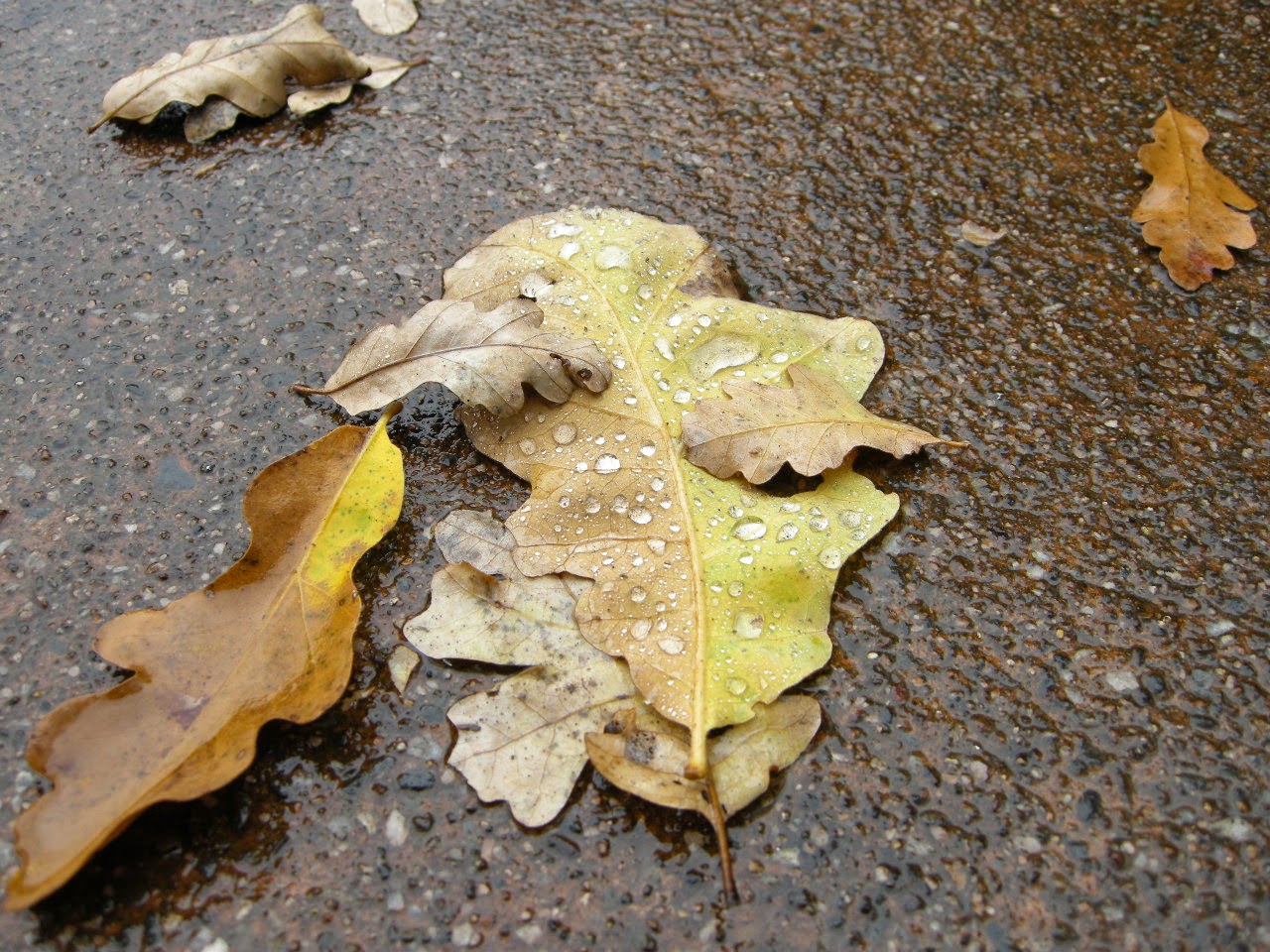 I could only imagine the everyday significance that this physical location held for Miwoks and perhaps other local Indian tribes.  A communal place to gather, cook, and converse, this site was an everyday cultural hub, at least for the tribe's womenfolk.  Although the place is now quiet and still, there remains a positive, flowing energy about it that unabatedly lingers steady and strong.

Posted by EmeraldCut at 9:30 AM