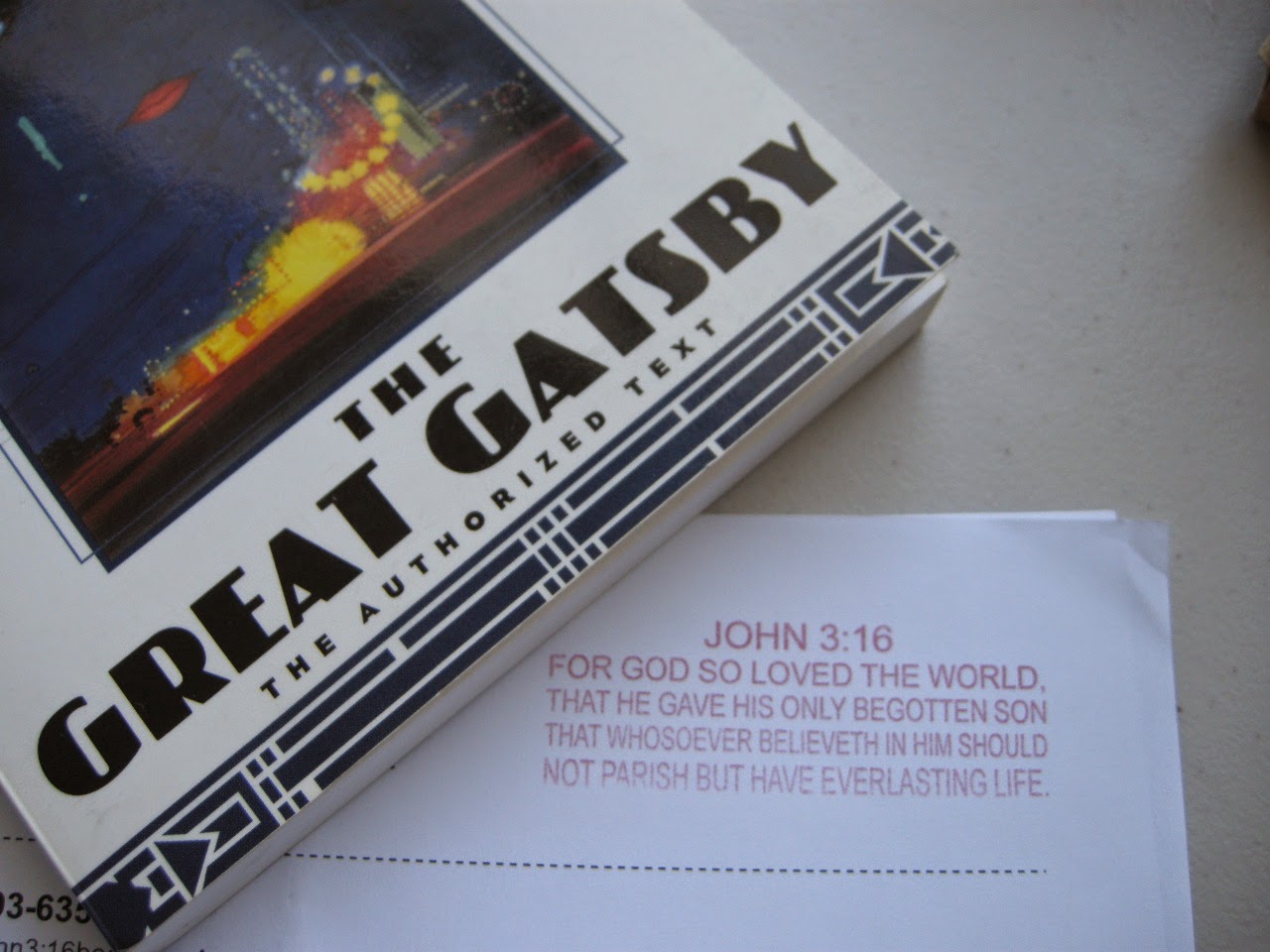 Above is an image of a well-known fiction novel about 1920s decadence and excess shown with its receipt, purchased from a shop whose owner stamps invoices with a religious verse.  The irony of this is not lost on me, and has got me thinking:
'Tis an interesting world we live in, full of spinning contradictions and moral complexities, historical realities of the American Dream and literary dramatizations as considerate (and also scathing) social commentary.

I guess that since F. Scott Fitzgerald's The Great Gatsby is considered one of the greatest--if not the greatest, one may argue--20th century American novels, literary canonization trumps religious creed and practice? Particularly when capitalism is concerned, for everyone's gotta make a living, right?  But then, maybe what one sells has nothing to do with one's personal belief system.

Or perhaps American culture, as a whole, holds more similarities near and dear than what we have come to expect from the current state of affairs.  As a nation, we are less polarized than the news continually reminds us--we take the high road.  Bend to the breeze when it suits us.  Know inherently that societal worth is more complex than what political parties throw at us.

It's all ironic, I tell you, but with a flashy splash of insight.

Personally, I'd like to consider myself a realist rooted in optimism, so I'll gladly take the latter.
Posted by EmeraldCut at 9:00 AM

Oh, the irony and the realization that none of us are immune. Long live optimism. : ))