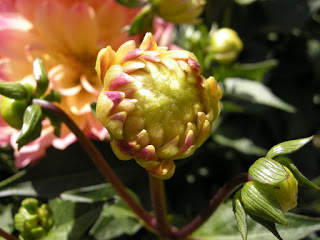 I've been thinking about posting about this subject for awhile now, but in the past, I deeply felt that the topic was far too personal, and of paramount significance, to simply sit down and type away at.  What I did not want was a lackluster blog entry, for it would be easy to publish a post that would be overly sentimental and thankful--or at least, one that would come off that way.  I wanted the entry to reflect the thought process that I've gone through and continue to go through, which I find to be so important for the work that I do.

When I started my shop in November 2010, I would never have thought that I, through it, would be somehow touched by others, much less world events.  It all began with my first shop sale to the Sendai region of Japan, which would, less than five months later, be devastated by a horrendous earthquake and tsunami.  Watching the disaster unfold on television, I sadly realized that the region was that exciting first sale's destination.  This was part of the reason why I continue to donate the proceeds from designated items to the Japan Earthquake and Tsunami Relief Fund via GlobalGiving: there is one item left in my shop for this cause.

The event of the Japan earthquake and tsunami was not the last time that my shop would link me to another natural disaster.  In late 2011, I sold an item to someone, who in turn gave the item as a gift to a friend.  It turned out that the friend lost almost everything in Hurricane Sandy, and searched for the item-gift from my shop among the disaster zone that was once called home.  The EmeraldCut item was eventually found, I believe, but was in non-salvageable condition.  This person's friend, the one who purchased it from my shop, contacted me shortly after Christmas 2012 to recreate the piece--it continues to be one of the most meaningful items I have ever created.  Via PayPal, I am donating the proceeds of selected items to the American Red Cross for Hurricane Sandy relief and rebuilding; two shop items remain.

Other shop moments that I continue to hold close to my heart involve the significance of family.  One buyer commissioned a good luck-type pendant to start a family.  Another had parents who were ill, and asked me to create a piece with particular stones to represent family members--so that they would always be near.  This truly resonated with me.

With each piece I create, there is a deeper meaning than what can be read or seen on the exterior.  And it's not solely the work that I've put into designing and creating because it also includes what I've learned in the process from others, as I've discussed here.  It's pretty intense, this life; these lessons have not fallen by the wayside.  I'm thankful, that's all.